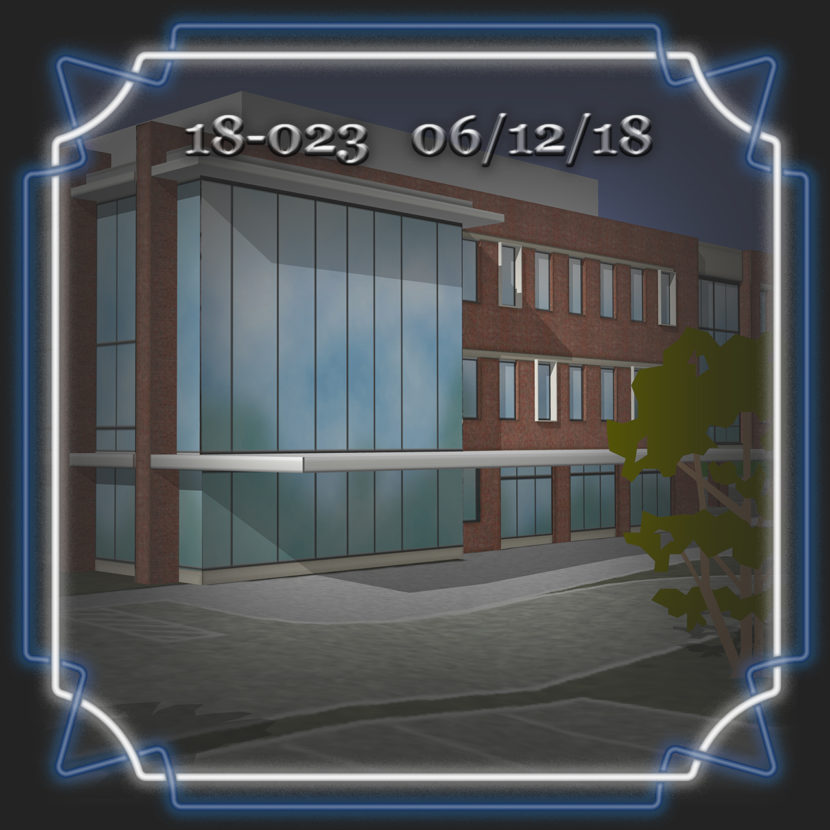 Following on the #18-022 Study Models project, Colimore Architects combined the most successful components of the previous three models into a single cohesive design.  Based on elevation drawings from the architects, an initial model was created and placed on the previous site.  Samples were given for brick and glass as well as for the layout of the landscape elements and the parking areas. 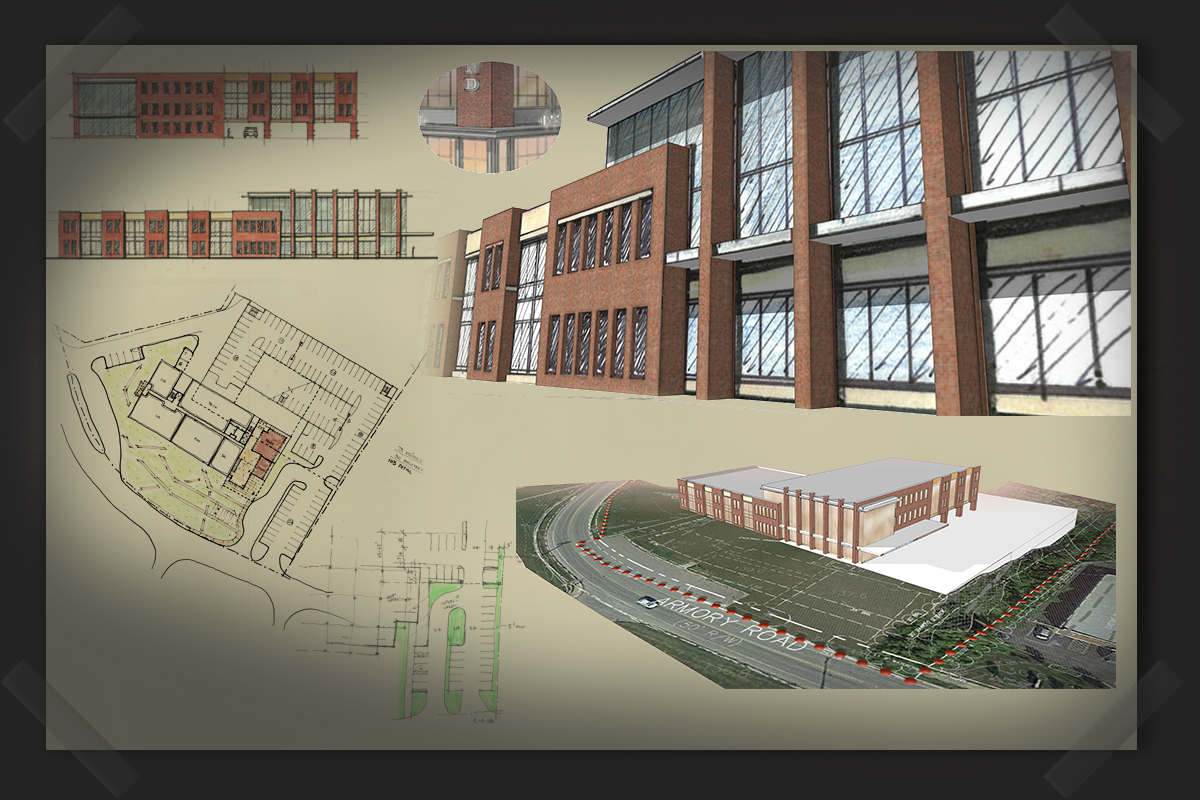 Building elements, such as the glass, were adjusted in the rendered elevations to match the desired style while the parking and landscape drawings were overlaid with the site model.  These would then be used as a template to place the parking structure and later rendered as paved with painted lines.  Adjacent structures and landscaping were added to provide simple context to the building. 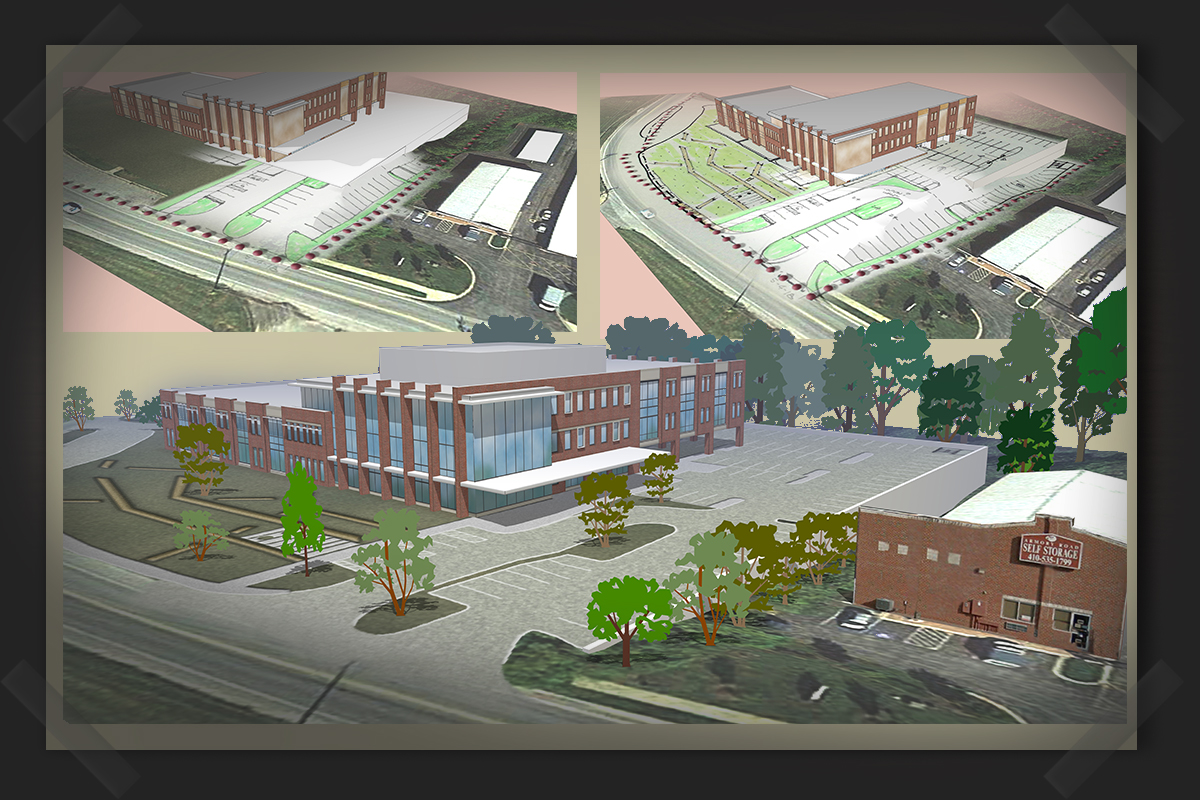 Along the back and side of the building where no elevations were provided, the existing elevations were cut and mirrored, then re-spaced as necessary to fill-in the remaining facades.  Sun shades and canopies were added to the architects’ specifications.  Adjacent landscape elements, such as the road and parking lots, were retained to show their relationship to the new construction. 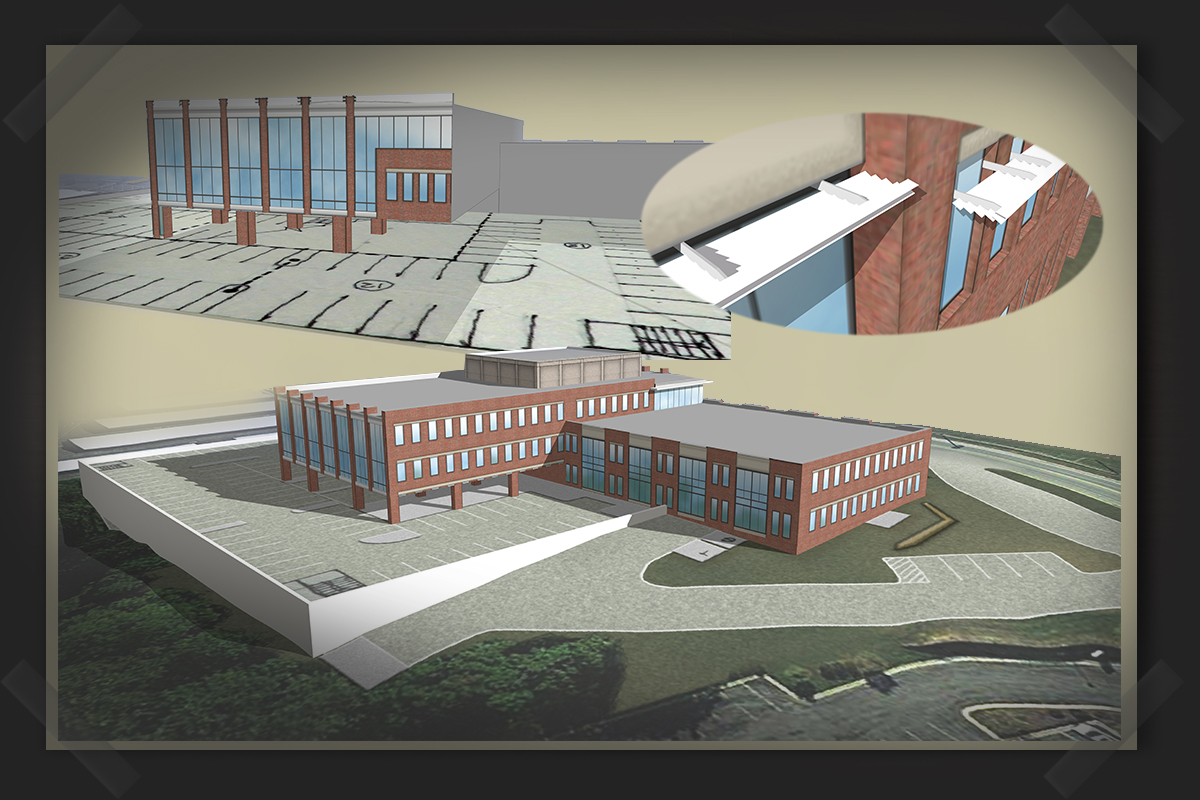 After some revisions and corrections from the architects, the model provides a simple yet highly-effective tool for communicating the design intent to the client.  Note that while a CAD plan was used to ensure the building’s correct footprint, no CAD elevations were necessary. 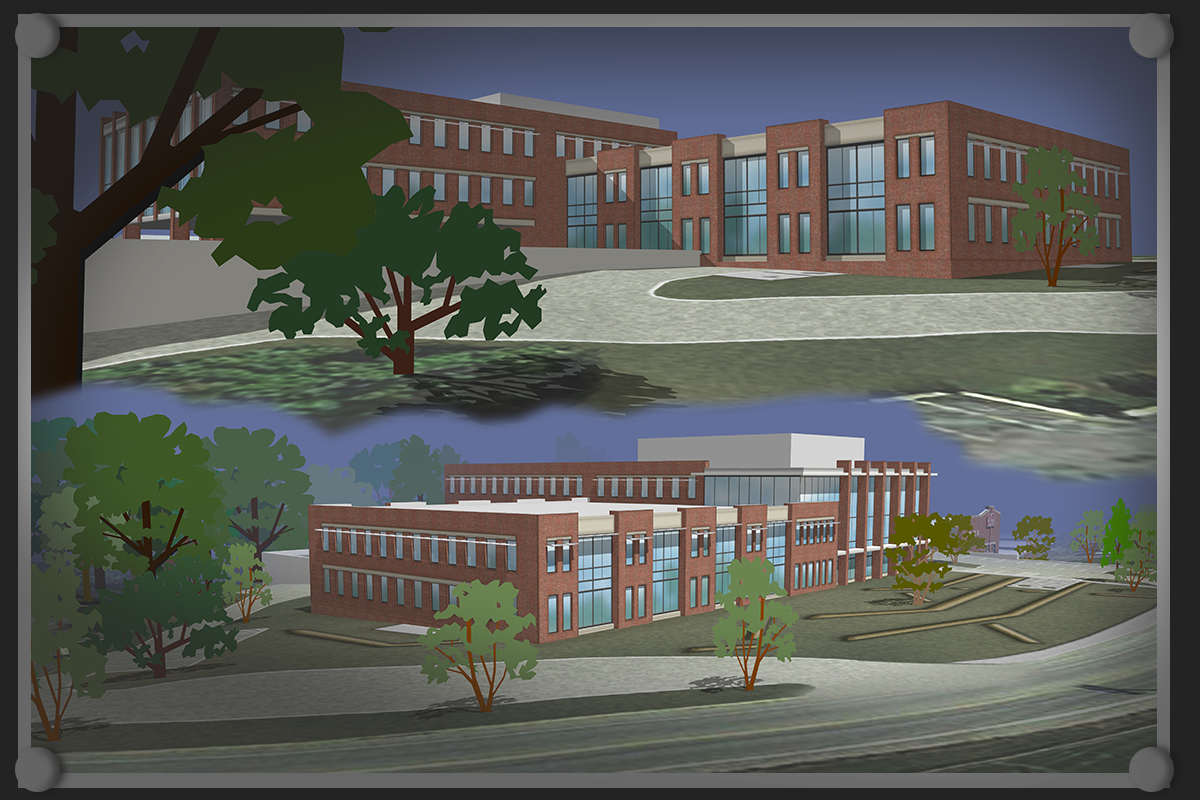 The simplified style of the rendering allows for emphasis to be placed on the elements of the design that are known while eliminating those that are not yet developed, due to the early stage of the project.  This also requires significantly less time than more-traditional modeling methods. 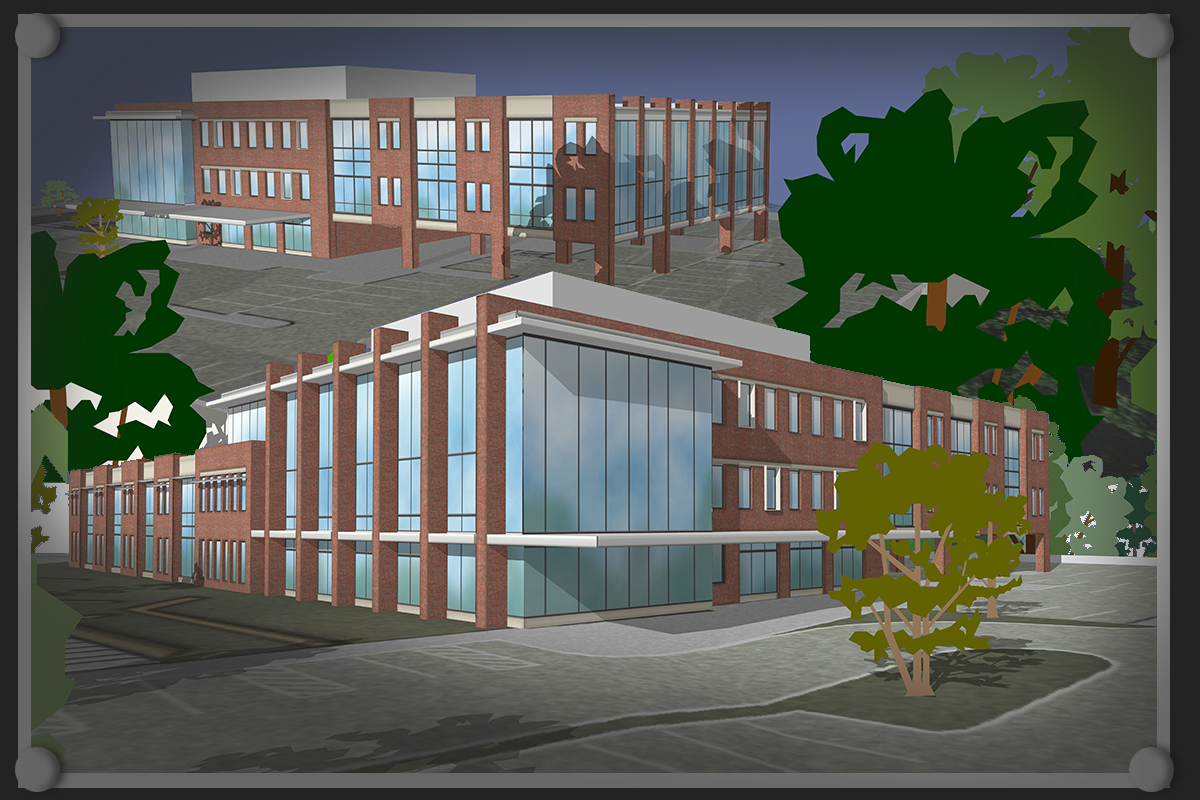 Click below for a short video (reduced resolution for web viewing) of this project. 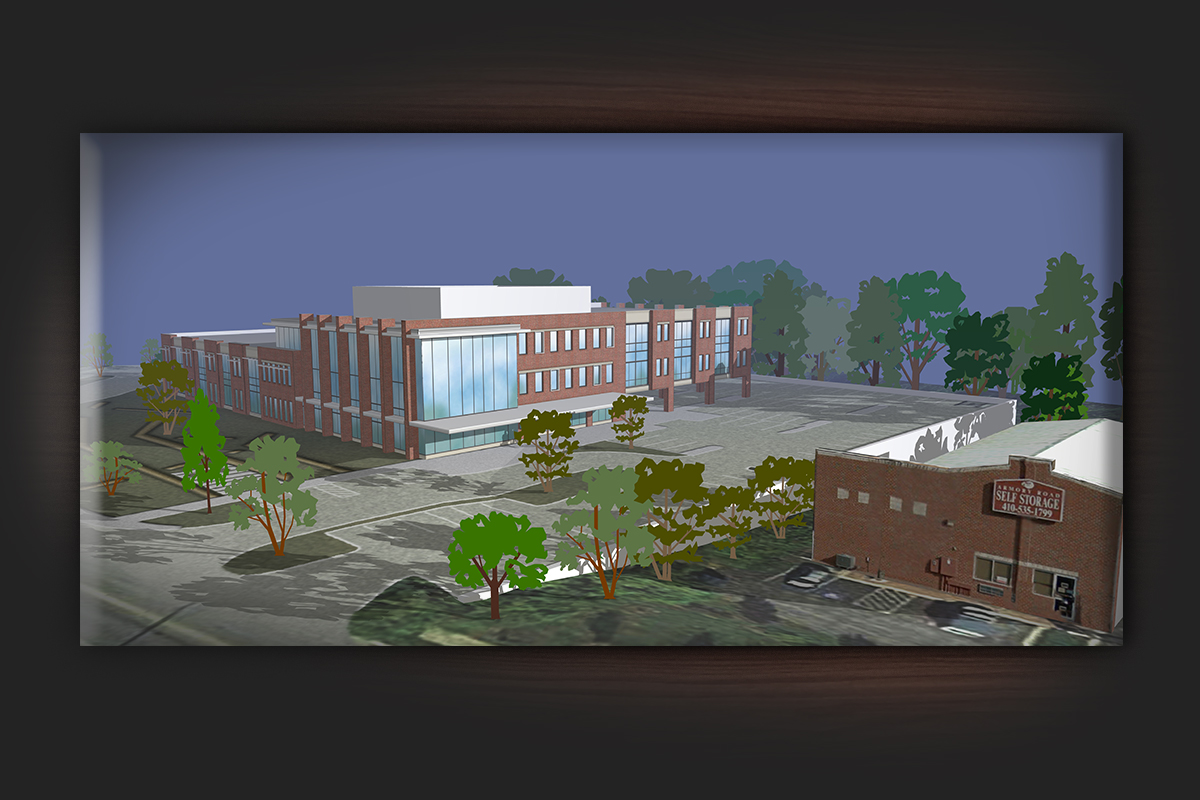 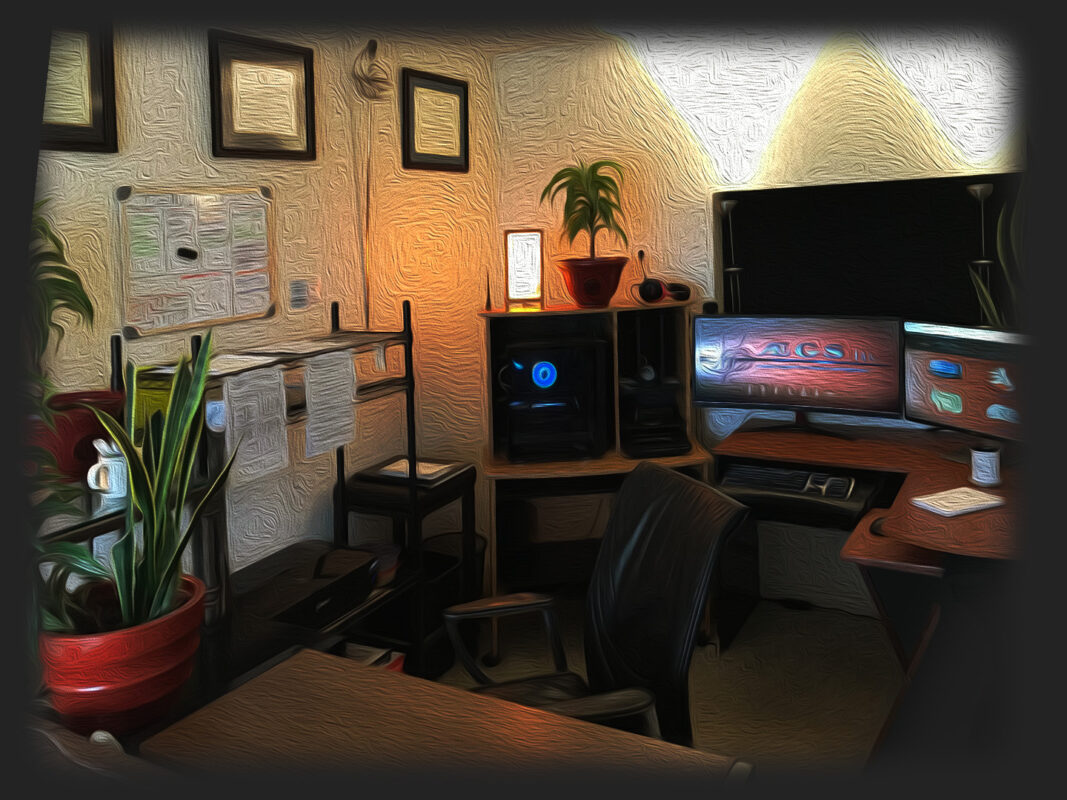