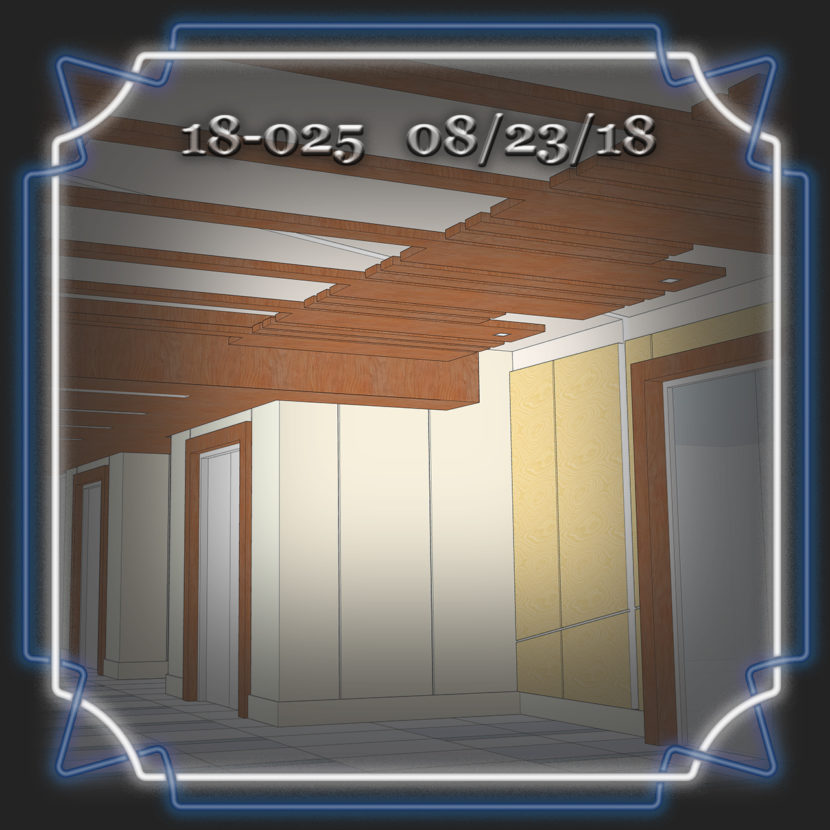 As part of an ongoing project, the client needed two study models of a lobby space for a new office building.  Initial sketches were received and used to prepare a massing model with the sketches used as the surfaces to allow the architect’s original notes to be visible.  This allows the architect to quickly correct any misinterpretation of the original sketches. 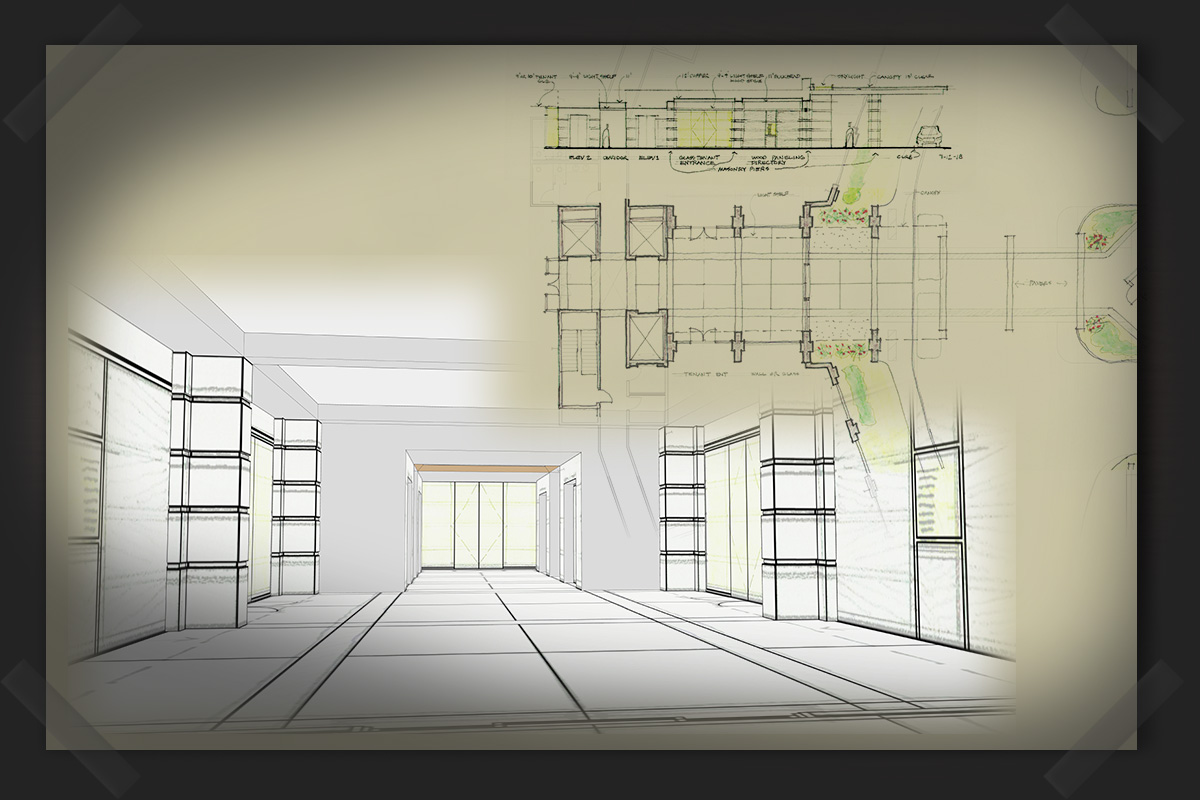 With the massing of the space complete, the original hand-rendered surfaces were replaced with standard program-generated textures for wood, tile, stone and glass.  Where reveals and other details had been indicated in the original sketches, they are here replaced with either surface-applied materials or modeled elements.

An animation of the model was then produced showing a fly-thru of the interior followed by a series of section views.  This animation has been split into two and reduced in resolution for easier viewing on the website and can be viewed by pressing the two buttons below. 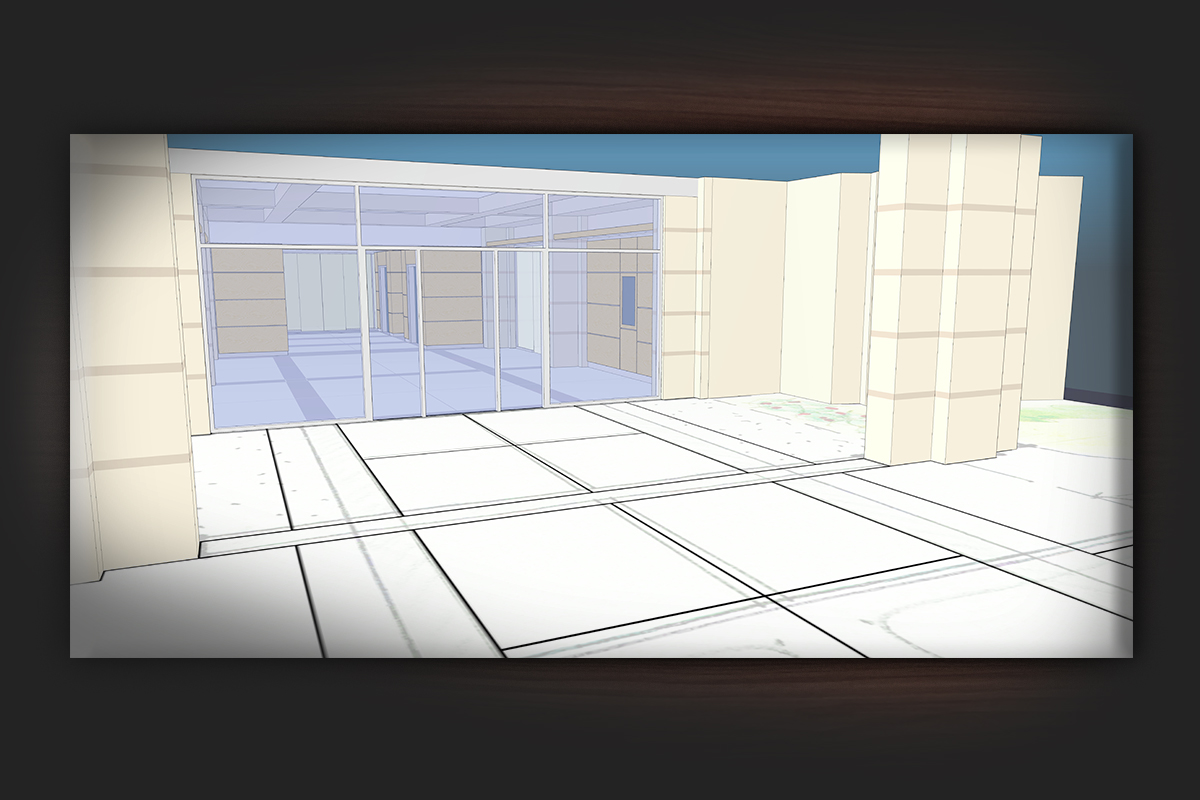 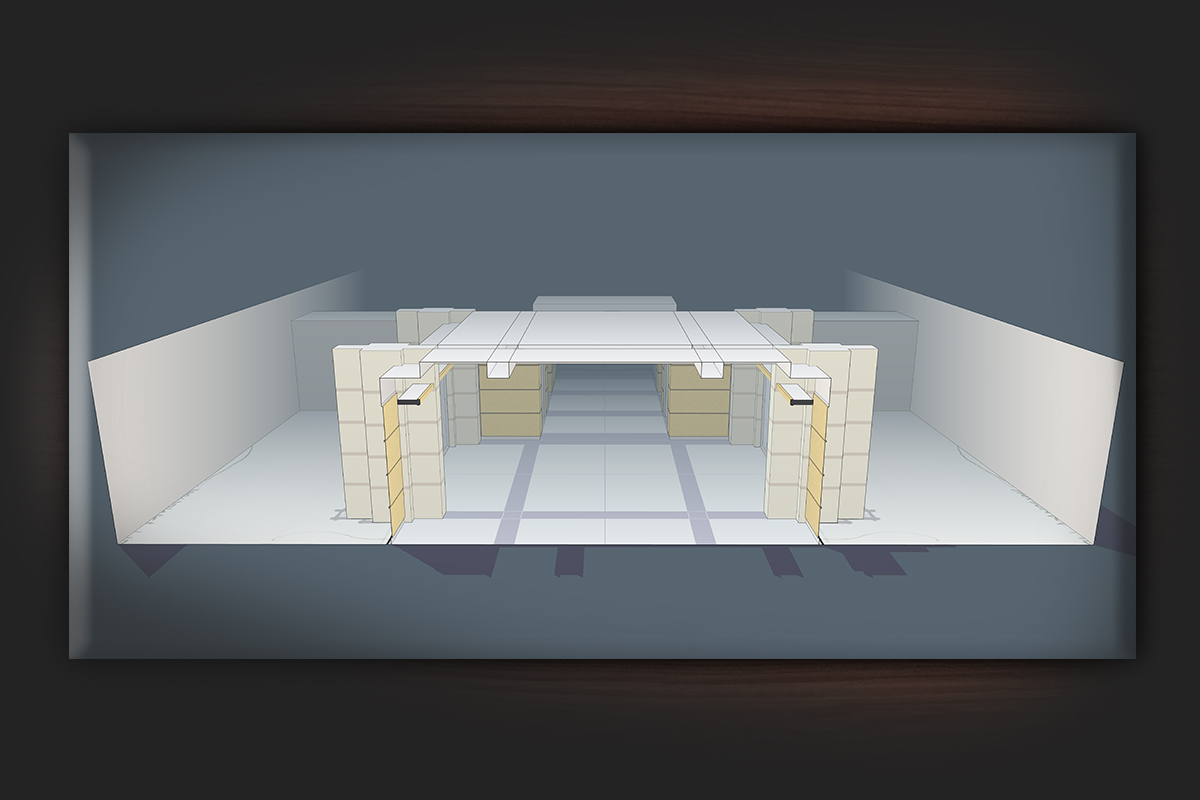 With the first study model complete, a second was constructed, this time based on the client’s partial Sketch-up model.  While some elements of the client’s model, such as the dropped ceiling feature, were imported from the original and “re-skinned” to match the surfaces shown in the first model, most of the model was remade so as to match the style, as well as the surface materials, of the first model, allowing a side-by-side comparison. 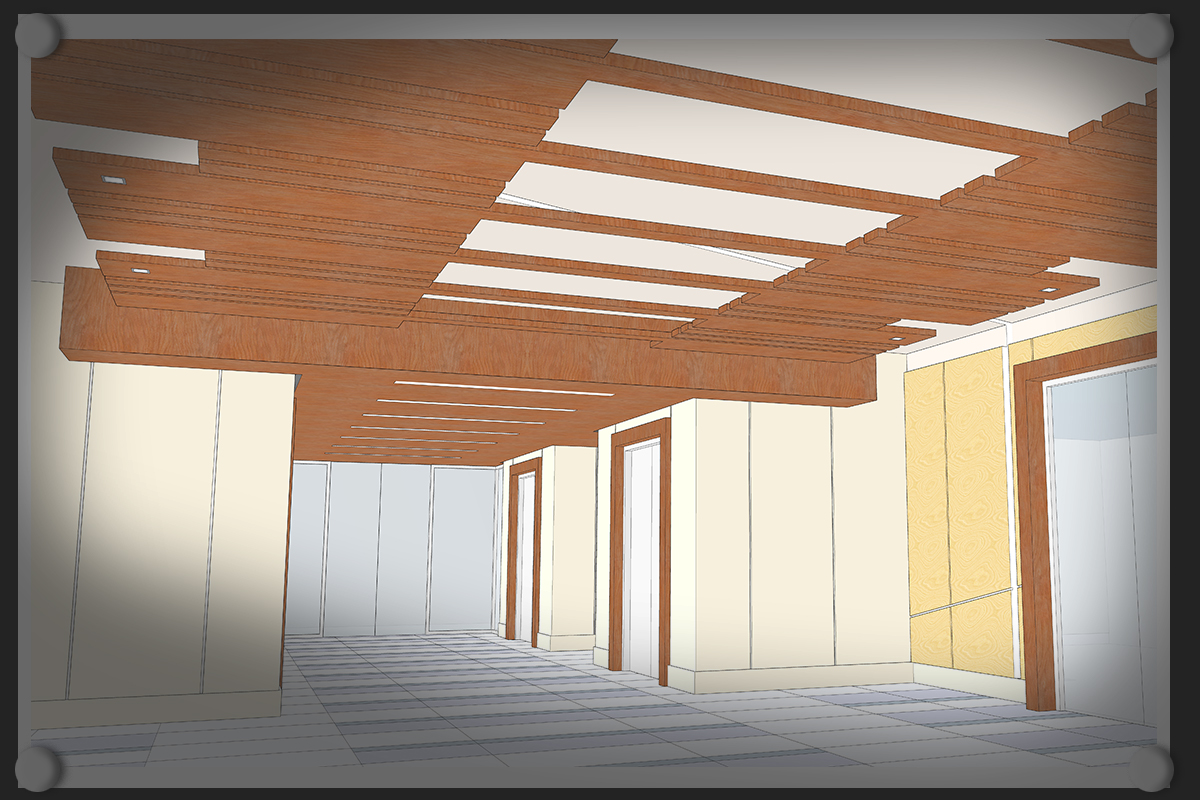 Being constructed in the same space as the first model, the same animation path could be used for the second model, furthering the direct comparison of the two designs, as can be seen by clicking the button below.